On January 5, Governor Mike DeWine recapped Phases 1A and 1B of Ohio’s vaccine distribution plan. Because the availability of the vaccine remains limited in Ohio and across the country, Ohio is taking a phased approach that prioritizes the most vulnerable citizens, those in the healthcare field, and school staff members.

Phase 1A, which is currently underway, includes approximately 1 million Ohioans.

It is anticipated that vaccine distribution in Phase 1B will begin as Phase 1A begins to wind down.

Phase 1B focuses largely on those who are 65 and older. Those in this age group are most vulnerable to COVID-19 and make up more than 87% of Ohioans who have died from the virus. Phase 1B also includes school teachers and other school staff who will be offered the vaccine in an effort to get Ohio’s children back to school as soon as possible. In total, Phase 1B includes an estimated 2.2 million people. 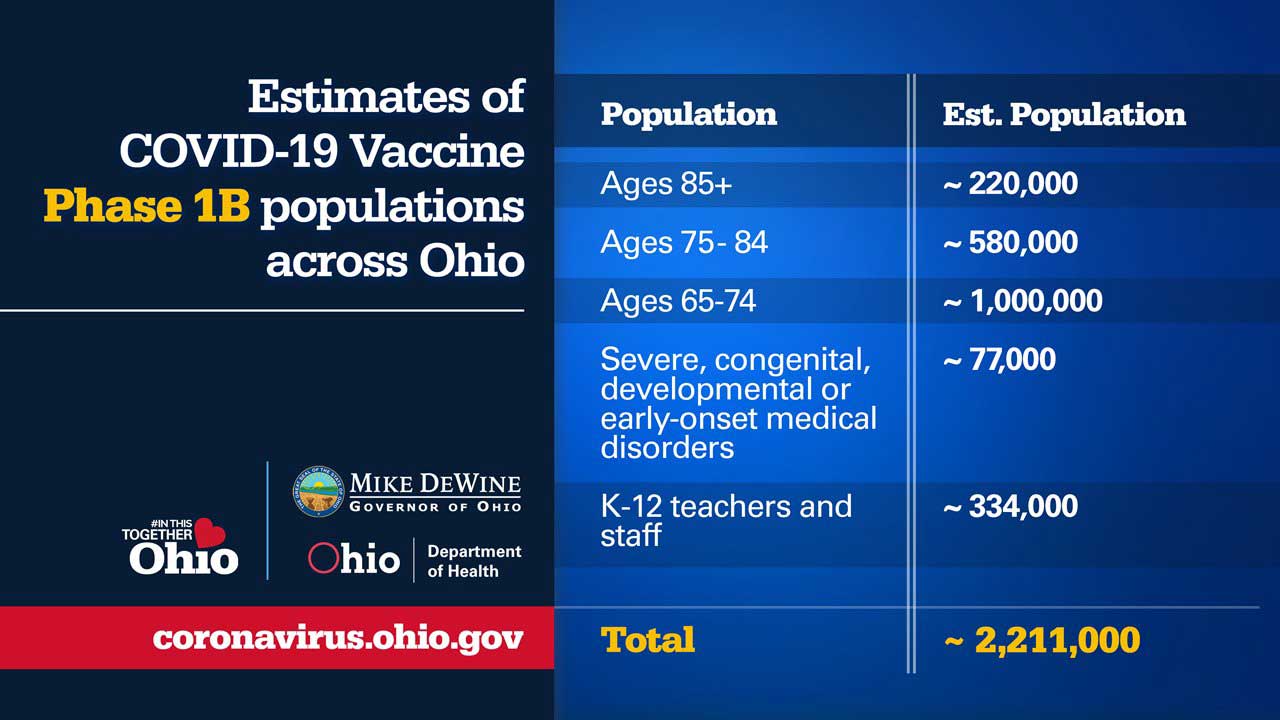 Details of future phases of the vaccination plan will be announced as Phases 1A and 1B progress and as Ohio receives vaccines for the future phases. Ohio is currently receiving roughly 100,000 vaccines each week, although that number could increase if more vaccines are approved for administration.