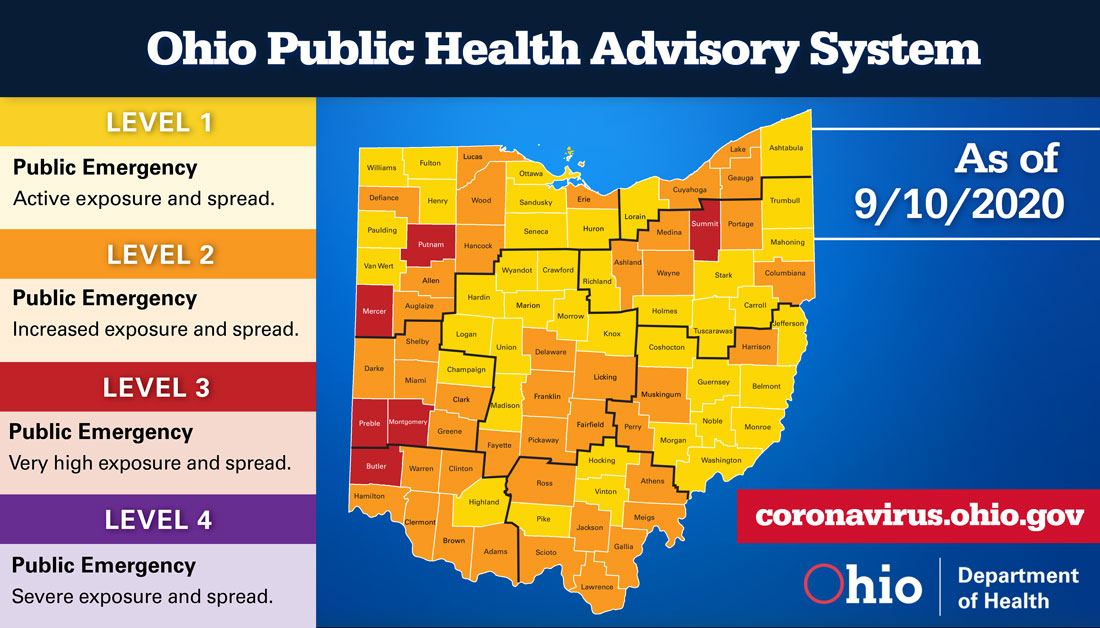 A total of 68 counties stayed at the same level as last week, and two counties, Lucas and Wayne, dropped from Level 3 to Level 2.

In addition to the six Level 3 counties listed above, four additional counties meet the Centers for Disease Control and Prevention’s definition of high incidence: Clark, Hamilton, Miami, and Wood. Although these counties do not meet enough indicators to trigger a Red Level 3 Public Emergency, these counties have had more than 100 cases per 100,000 residents over the last two weeks which could lead to rapid virus transmission if steps are not taken to slow the spread.

Data calculations conducted by ODH also show the continued increase in cases among younger adults in the age groups of 0-19 and 20-29.

A county-by-county breakdown outlining the presence of COVID-19 in all of Ohio’s 88 counties can be found on the Ohio Public Health Advisory System’s website.