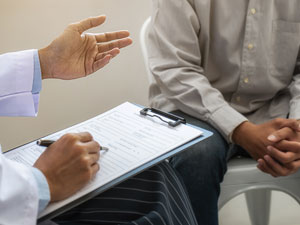 Reprinted from the Summer 2020 Issue of The Ohio Family Physician

I don’t think I will ever forget August 4, 2019. I woke up to a flood of text messages asking if I was near Dayton’s Oregon District during the shooting. Fortunately, I had decided to stay home that night, but I was still deeply disturbed. Just a week earlier, I had taken my mother to a restaurant less than a minute away. I had also gone there many times with friends. As I began reassuring everyone I was well, my racing thoughts were similar to those of countless other people in communities facing these terrible acts of violence. I barely remember those first 24 hours of shock.

Then I began to feel a sense of personal failure. My research had finally hit close to home in the worst possible way.

As a third year medical student, I became interested in the topic of firearms safety screening during my family medicine clerkship in rural Ohio. I was curious why, despite widespread agreement we should be screening, local physicians almost never asked about firearms ownership and safety. I decided to begin research in the form of a quality improvement (QI) project as a means to both learn more and hopefully find ways to improve how local practices provide care.

Firearms research is often a fraught field. One significant cause is a lack of federal funding due to a law called the Dickey Amendment. Because of the Dickey Amendment, there is little federal research money available for scientific investigation of issues related to firearms safety.1 Our group first implemented a small QI project to circumvent this. Despite the small scale, there were unanticipated obstacles:

That same fear can trickle down to researchers which slows overall progress toward better health outcomes. Many people may ask, “Why bother doing this research?” In spite of the barriers, progress can be made. We were able to complete the initial QI project and analyze findings we hope to publish soon.

Our group identified multiple areas for improvement. There were several areas identified where deficiencies in screening were matched with known benefits of screening. For example, the majority of care providers we surveyed admitted they didn’t ask about firearms during high acuity mental health visits for issues such as severe depression, a well-known risk factor for suicide completion by firearm.2 In addition, most providers admitted they didn’t ask about firearms during well- child visits despite the American Academy of Pediatrics guidelines saying this should be done at well visits for children.3 Actionable items that can result in positive change include normalization of screening workflows similar to Screening, Brief Intervention, and Referral to Treatment and Patient Health Questionnaire (PHQ) 2 or 9. Understanding physician discomfort, bias, and fear can provide quality answers to research questions like these. Training clinical staff on the use of simple and standardized screening tools could make significant progress in reducing the approximately 21,000 suicides and 1,300 child deaths by firearms that occur in this country annually.4,5

Despite the difficulties of research in this field and the emotionally distressing local tragedy our community experienced, I remain optimistic. Individuals and benefactors in various scientific fields are galvanized by the events in our community, wondering what they can do to advance evidence-based treatment and public policy. More federal support through research funding and public health engagement is needed. While family physicians play an important role in this work by doing their daily job of screening and prevention for all patients, the continued strength and effectiveness of this work will largely hinge on the quantity and quality of evidence we can generate from supported research and education.

While I am deeply saddened by what happened in our community, and frustrated by the barriers that continue to enable it to happen in other communities, I am hopeful that this tragedy will encourage healthcare teams to support further investigation and development of best practices for firearms safety. Our patients’ lives depend on it.

1 thought on “The Emotional and Logistical Challenges of Firearms Research: A Perspective from a Medical Student”