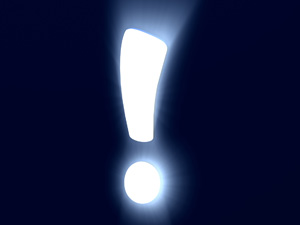 The State Medical Board of Ohio (SMBO) has emailed 12,000 physicians (one-third of physicians licensed in Ohio) saying that according to an Ohio Automated RX Reporting System (OARRS) audit report conducted by the State of Ohio Board of Pharmacy (SOBP) they are not compliant with requirements relative to prescribing opioids. The email threatened possible action against these physicians’ licenses and/or a $20,000 fine for unspecified violations relative to required utilization of OARRS.

History has shown that data mined from the OARRS system is deeply flawed.  Upon push-back from the Ohio Academy of Family Physicians and other physician organizations, the SMBO released the following statement on October 11:

“We would like to provide some additional information on a recent communication from the SMBO to our licensees.

In response to OARRS reporting data provided by SOBP, the SMBO contacted roughly 12,000 physicians who appeared in the report provided by the SOBP. The vast majority of physicians included in the report have non-egregious issues and minimal non-compliance matters that must be addressed. In fact, the median number of non-checks for each prescriber was in the single digits.

The intention of the September 30 letter from the SMBO was to encourage physicians to check their individual OARRS report, identify if/how a check was missed and make any necessary adjustments to office procedures to prevent missed checks in the future. This most often can be accomplished with a quick review of OARRS practices.

In a very limited number of instances (fewer than 1%), licensees had prescribed opioids or benzodiazepines without checking OARRS at rates that warrant additional, personalized discussion. The SMBO is in the process of doing additional outreach to those prescribers and anticipated completing those initial conversations by October 14th.”

Next Steps
The SMBO is working to reduce the number of prescribers identified in the OARRS monthly report by (1) eliminating the one-off instances of non-compliance through education, and (2) providing additional outreach to the high-instance prescribers mentioned above.
The Ohio State Medical Association (OSMA) put out a statement attributed to its president Brian L. Bachelder, MD, that reads as follows:

“The SMBO has conceded that a September 30 letter it sent to 12,000 Ohio physicians implying they may be in violation of state law was largely misleading and a poorly directed attempt to enforce greater compliance with OARRS. The verbiage in the two-page letter delivered an alarming, misguided message because it did not distinguish between blatant non-compliance and easily correctable issues related to how data is reported. The vast majority of physicians included in the report have non-egregious issues and minimal non-compliance matters that must be addressed, the SMBO has now admitted. In fact, the SMBO has conceded that fewer than 100 of the 12,000 physicians who received the letter had prescribed opioids or benzodiazepines without checking OARRS at rates which may warrant additional SMBO attention and possible disciplinary action.”

“The SOBP, which maintains OARRS, was asked by the SMBO to generate a report listing any physician who wrote a prescription for more than a 7-day supply of an opioid or benzodiazepine during the month of August. That report was then narrowed down to include only the names of physicians who wrote the prescriptions but had NO OARRS query recorded for a 90-day period preceding the issuance of that prescription. To further narrow the report, if a delegate checked OARRS on behalf of the physician who wrote the prescription, the physician’s name was removed from the report. You are left with a report that includes the names of physicians who wrote a prescription for an opioid or benzodiazepine and have no OARRS query associated with that prescription. However, the report does not take into consideration whether or not the physician had a regulatory exemption that would negate the requirement to query OARRS (cancer treatment/hospice/OARRS system unavailable/post-surgical prescription, etc.). Furthermore, the report did not distinguish between a physician who might have missed a single query and a prescriber who routinely violates OARRS rules and regulations.”

The Ohio Academy of Family Physicians will continue to monitor this situation and provide necessary updates via the Weekly Family Medicine Update.

1 thought on “State Medical Board Threatens 12,000 Physicians with Being OARRS Non-Compliant”