We are pleased to announce that both gubernatorial and all four Ohio Supreme Court candidates are confirmed to participate in the Candidate Forum during the Family Medicine Celebration on Saturday, August 18, that will be moderated by OAFP Lobbyist David Paragas, JD.

Richard Cordray is a former state attorney general, state treasurer, and state representative. His running mate, Betty Sutton, served in the Ohio House and as a member of the U.S. House of Representatives. Since 2011, Cordray served as the first director of the U.S. Federal Consumer Financial Protection Bureau, an agency focused on protecting consumers from unfair, deceptive, or abusive practices, from which he resigned in 2017 to enter the race for Ohio governor.

Ohio attorney general since 2011, Mike DeWine has also been an elected member of Congress, and as a U.S. senator, Ohio lieutenant governor, state senator, and county prosecutor. DeWine’s efforts as attorney general have been focused on combating Ohio’s opioid epidemic, protecting rights of violent crime victims, and capping liability on medical lawsuits. His running mate, Jon Husted, has served as the Ohio secretary of state since 2011 and is a former speaker of the House and state senator.

Judge Craig Baldwin was appointed to the Fifth District Court of Appeals in 2013, and was elected to the position again in 2014 and 2016. Prior to his time on the appellate court, Judge Baldwin served eight years as a judge in the Licking County Court of Common Pleas, Domestic Relations Division. An attorney since 1992, Judge Baldwin was also once a partner at a law firm.

Judge Melody Stewart has more than 30 years of legal experience, ranging from civil litigation practice and teaching students at several Ohio law schools to being an appellate court judge and sitting by assignment on the Ohio Supreme Court. For more than 11 years, Judge Stewart has served on the Ohio Court of Appeals – Eighth District, earning re-election twice. She has also served as the court’s administrative judge in 2013, overseeing court employees, implementing improvements to the court, and ensuring a professional work place.

Register today to hear from these candidates so you’ll be ready to cast your vote in November! If you have any questions, please contact Katie Siegrist or call 800.742.7327. 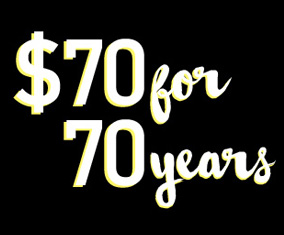 Cheers to 70 Years!
The OAFP is celebrating its 70th anniversary. Help make sure the specialty of family medicine continues to thrive for another 70 years by making a $70 tax-deductible contribution to the OAFP Foundation!