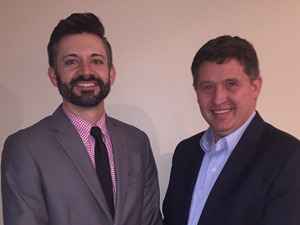 Before joining the OOA team, Mr. Harney served the Oklahoma Osteopathic Association as associate executive director and director of Advocacy and Legislation for five years. In this capacity, he led the mentor/mentee program that paired osteopathic students with physician mentors, coordinated the “Doctor of the Day” program at the state capitol, presented legislative updates at seminars and district meetings, represented the organization in stakeholder groups, and served as a liaison to the medical students. He also led messaging efforts to the Oklahoma membership and the public, among other duties. This past fall, Mr. Harney was inducted into Omega Beta Iota, the national osteopathic political action honor society that recognizes politically active medical students and professional mentors who demonstrate excellent health care politics.