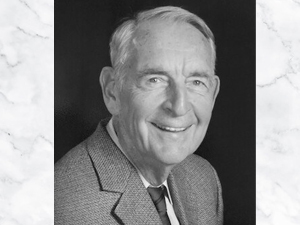 The Ohio Academy of Family Physicians (OAFP) sadly announces that OAFP Past President Thomas U. Todd MD, passed away peacefully at his Glendale, OH, home on January 29 surrounded by family. He was 87 years old.  Dr. Todd served as past chair of the OAFP Foundation (Foundation) and was an emeritus member of the Foundation Board of Trustees at the time of his death.

Dr. Todd was a much loved family physician and former Glendale mayor who grew up in College Hill, OH, graduating from Walnut Hills High School, Duke University, and the University of Cincinnati (UC) College of Medicine.

He met his beloved wife of 63 years, Diane Drohan, at UC where she attended the College of Nursing. After his internships in Richmond, VA, and Cincinnati, OH, they spent two years in Coronado, CA, where Dr. Todd proudly served as a Lieutenant in the Navy. Once his military service was complete, they returned to live amongst their extended family in Cincinnati, settling in the Village of Glendale.

Dr. Todd served the residents of Glendale and surrounding communities for over 56 years, starting at a time when family physicians still made house calls and handled emergencies. His patients were his friends and neighbors, and that’s exactly how he treated them. He was always available even after office hours to set their broken limbs, stitch up their wounds, or visit them in the hospital or nursing home. He saw patients of all ages and then he treated their children and grandchildren. For four decades he served as team physician for the Princeton High School Vikings football team and in 1983 he was named Ohio’s Outstanding Team Physician. He maintained privileges at many local hospitals and was elected Chief of Staff at Mercy.

Dr. Todd loved his profession and devoted much of his time and energy to developing the next generation of family physicians. He served the Cincinnati Academy of Medicine and was elected president of the Ohio Academy of Family Physicians. He was a great mentor, training dozens of UC medical students as well as inspiring his son, Michael, who also became a family physician and eventually joined Dr. Todd’s medical practice. The UC College of Medicine honored Dr. Todd in 2019 by establishing the Thomas U. Todd Alumni Award. His professional life is summed up by his well-known motto “Thank God I’m a Family Physician.”

Dr. Todd’s love for the Village of Glendale extended far beyond his medical practice. After serving on Village Council, he was elected Mayor in 1999. During his eight-year term he presided over the renovation of Glendale’s historic village square and the community’s 150- year anniversary celebration. For this, he added some fun by creating the “Squirrelly Gig,” over two dozen giant squirrel sculptures positioned around the village, each uniquely painted by local artists.

Dr. Todd attended Christ Church and was a member of the Glendale Lyceum. In the final years of his life he often walked through the village patrolling for litter, greeting neighbors along the way.

Above all else, Dr. Todd will be remembered as a loving husband, father, and grandfather. He and Diane shared many interests and were rarely seen apart. Relying on his long reach and her grace and competitive spirit, they collected shelves full of mixed doubles trophies in tennis and paddle tennis. They golfed and traveled the world together. At the age of 72 he rode his bike 112 miles through Death Valley, less than three weeks after breaking his collar bone and ribs and puncturing his lungs on a training ride. Dr. Todd and Diane spent their summers in Neahtawanta, MI, where he seemed to never rest. When he wasn’t biking, golfing, sailing, playing tennis, windsurfing, or motorboating, he was arranging and maintaining his boats, moorings, docks, and beach. Every summer he would assemble his family for several weeks of outdoor fun led by “Tatki.” Although the family continues to expand with spouses, grandchildren, dogs, and assorted boyfriends and girlfriends, they will always return to Todd’s Point to cherish Dr. Todd’s love for nature, health, sports, adventure, laughter, and above all else, family.

He is survived by his wife, Diane; his three children, Susan (Andrew), Andrew (Janet), and Michael (Ashley, deceased 2015); and his grandchildren, Abigail, Chandler, Taylor, Cameron, Walker, Patrick, and Clara.

Memorial service will be held at a later date.

The OAFP has made a memorial gift in his memory to the OAFP Foundation.

9 thoughts on “OAFP Mourns the Passing of Past President Dr. Thomas U. Todd”