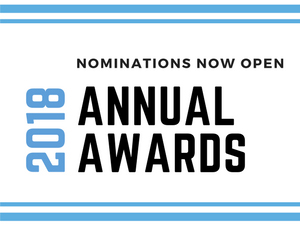 The Ohio Academy of Family Physicians is now accepting nominations for the 2018 Friend of Family Medicine Award.

The OAFP Awards Selection Workgroup will select an individual to be recognized including any of the following:
The deadline for nominations is Friday, March 16. To submit a nomination:

Any work, articles, or broadcasts that represent a nominee’s support of family medicine must have been completed between January 1 and December 31, 2017.

Nomination materials should be sent to:

The 2018 Friend of Family Medicine will be recognized on Saturday, August 18, during the OAFP Academy Awards Dinner, which is part of the annual Family Medicine Celebration held at The Grand Event Center in Columbus, OH.