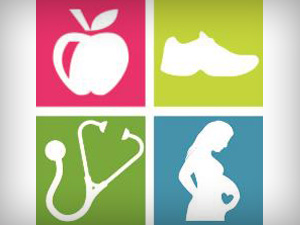 On Wednesday, April 11, at 12 p.m., join Steven Gabbe, MD, and Seuli Bose Brill, MD, from The Ohio State University Wexner Medical Center for a one-hour webinar on the risk of developing type 2 diabetes mellitus (T2DM) for women following a diagnosis of gestational diabetes mellitus (GDM) during pregnancy. This free webinar will include research and best practices for ongoing testing for T2DM and communication strategies for treating women with a history of GDM. In addition, the webinar, which is geared toward primary care physicians, nurses, and diabetes educators, will highlight resources publicly available for both physicians and patients.

GDM, a glucose intolerance that first develops during pregnancy, is the strongest known predictor of T2DM.1 Because it is most commonly associated with immediate complications, including higher likelihood of a cesarean delivery and admission to the NICU, many patients are unaware of the risk for T2DM following a GDM-affected pregnancy. However, more than half of these women will develop T2DM within 20 years following pregnancy.

As a result of the link between GDM and T2DM, both the American Diabetes Association and the American College of Obstetricians and Gynecologists have released recommendations for initial and ongoing screening for women with a history of GDM. Despite these recommendations, research demonstrates that as few as 25% of women with a GDM-affected pregnancy are screened within one year postpartum.2

For family physicians, being aware of a patient’s history of GDM and her risk of developing T2DM, verifying that the initial postpartum screening was completed, and ensuring that she understands the link between T2DM and GDM are the first steps in caring for these women. As primary care physicians treat these patients long term, they can make sure routine screenings are scheduled and conducted according to published guidelines.

To learn more about the treatment of women with a history GDM, register online for the webinar on Wednesday, April 11, contact Project Manager Jenni Chichka or call 614.688.9532.