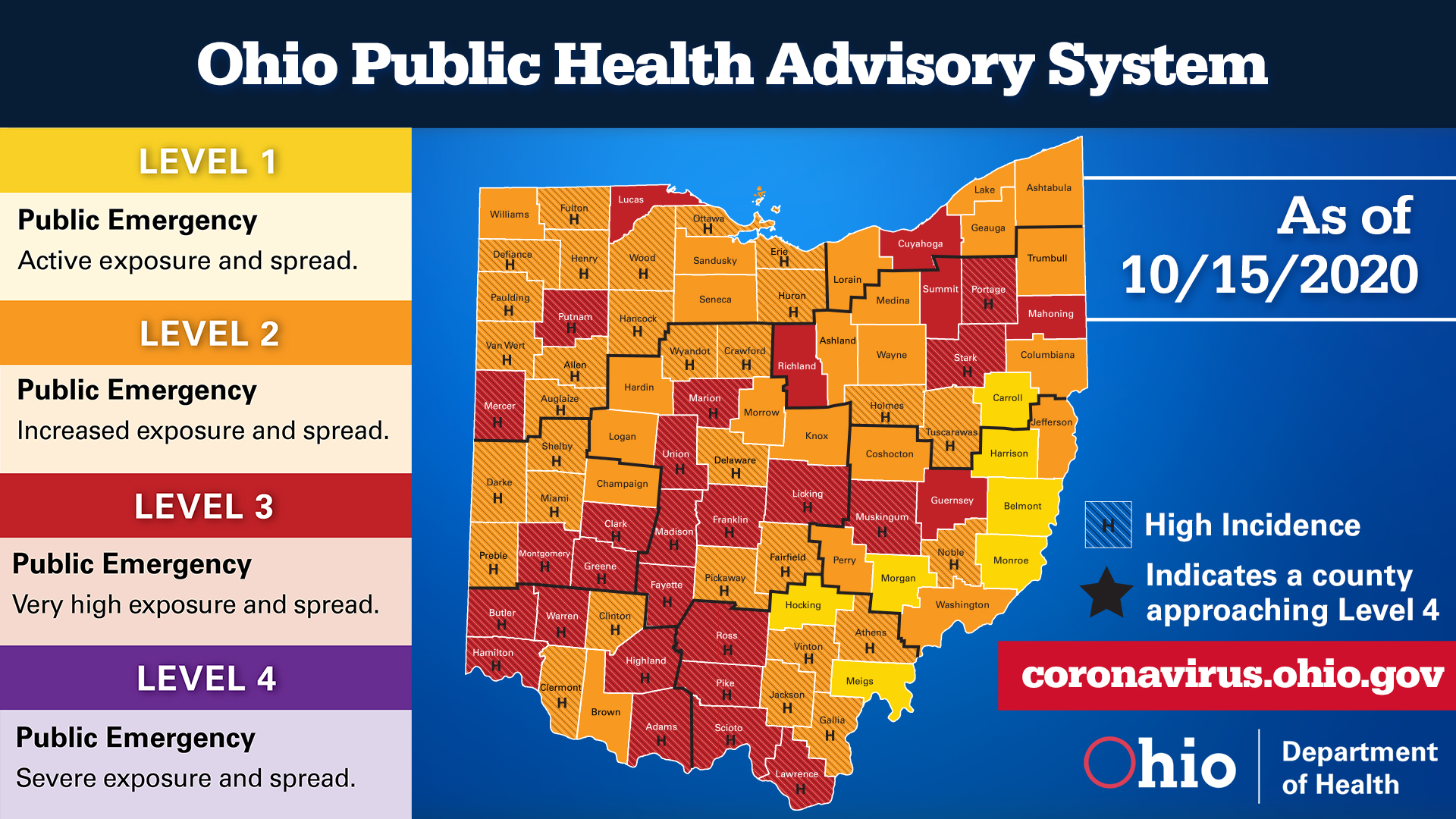 “We have 70 counties that are either red or high incidence. That’s 10 million Ohioans or 85% of the population, living in an area with a high risk of community transmission,” Gov DeWine said.

Gov. DeWine also announced the state’s positivity rate was 5.4% and the seven-day average was 4.2%. This is up from September when the positivity rate was 2.7%. He reported that on October 15, Ohio had 1,042 COVID inpatients in hospitals, which is a significant increase from the 563 patients on September 20.

Detailed data on all 88 counties are available on the Ohio Public Health Advisory System’s website. The system was developed to provide local health departments, community leaders, and the public with data and information on the severity of the COVID-19 spread in the counties in which they live. The system consists of four levels with specific risk-level guidelines. Each level is calculated with data gathered on seven public health indicators.