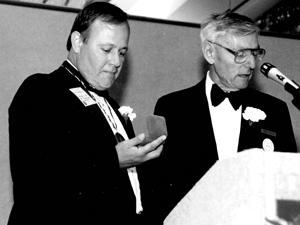 To help commemorate the 70th anniversary of the Ohio Academy of Family Physicians, founded in 1948, we have launched the “Cheers to 70 Years” campaign. All year-long, the OAFP will be sharing family medicine stories written by members about why they chose to practice family medicine.

To kick-off the celebration, we would like to share our first story of the year with you, written by Ross Black, MD, of Akron, OH.

Sitting in the waiting room occurred only after climbing up the creaking steps. The wooden chairs and old magazines were present for the limited time to await your turn to see him. On the walls were the framed certificates he received from graduating from the McGill University College of Medicine and completing his internship at some location in China. He was the family doctor I knew as a child. He had stitched my head when I was two years old. He delivered my mother’s three children. He was the one who recognized the gas gangrene infection (now known as an anaerobic infection) that my dad contracted at work, which saved my dad’s leg.

I decided I wanted to be a physician after I spent some time at college working as an orderly in a hospital during several summers. Studying and working in the three-year curriculum at The Ohio State University (OSU) worked to integrate many subjects. This was in addition to adjusting to marriage and the working schedules and pay of a teacher. I knew I needed more time for learning and experience, and was eventually hired to work at the OSU morgue to understand and see more anatomy, which helped augment our limited, combined income. 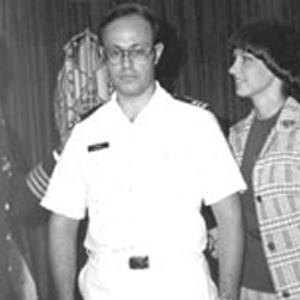 By rotating through various specialties and subspecialties, this led me to many considerations for a career path to follow. By seeing almost 50% of interns get drafted after one-year of work caused me to realize that the time and experience needed, even after medical school, was important to feel prepared and adequate. The U.S. Navy allowed me to be in the Inactive Reserves through the rest of my training in return for two years of service after residency. The only decisions I had left were to decide exactly what and where.

Ambulatory rotations in family medicine in rural and urban settings sealed the deal. Whether in Dayton or New Concord, the experience was reminiscent of caring about and for people. At the early stages of training programs across the United States, many were in Ohio. Visiting Buffalo, Rochester, Minnesota, Muncie, Dayton, and Akron gave me a wide variety of locations and opportunities. Practicing skills at examinations and history taking (taught by Ernie Johnson) took place while moonlighting in the evenings at Riverside Methodist Hospital and Mount Carmel Hospital. 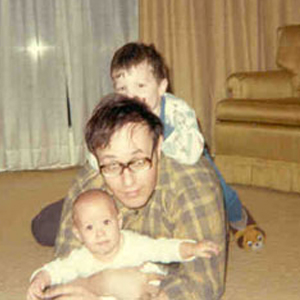 This also augmented the financial needs of my family, as our first baby was due in February, and Linda, my wife, was not allowed to teach after she was five months pregnant (and showing). Those were the old days and the old ways. As the specialty of family medicine was approved, there were pioneers in the residency education arena. Gene Farley, MD, MPH; Robert “Bob” Rakel, MD; Edward Shahady, MD; Ross Eggar, MD; Edward Ciriacy, MD; and Gayle Stephens, MD; were among those early teachers and leaders. Being in a residency with one of them in a location aimed at patient care, as well as personal and professional development, was huge.  Learning about the mean corpuscular volume (MCV) studies and the basic components of family medicine were complemented with the health hazard appraisals done in Indianapolis, IN. Canadian and British experiences were also discussed.

Then there was the opportunity and experience of the world of family medicine in organized medicine. People like Dave Barr, MD; Jud Reamy, MD; Lauren Brown, MD; Bob Gillette, MD; Tenny Williams, MD; Carl Spragg, MD; and others were spread across the state. When they came together and shared ideas and energy, the Ohio Academy of Family Physicians flourished. The development of Core Content Review of Family Medicine grew from their foresight, working with others such as the Connecticut Academy of Family Physicians, who had a similar idea. 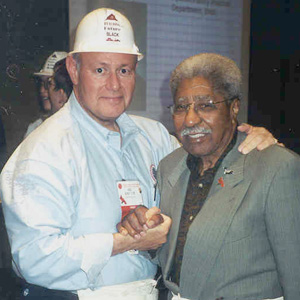 The experience in Ohio was complemented by others from California, New York, Colorado, Missouri, Kansas, Washington, and elsewhere. The OAFP and American Academy of Family Physicians expanded the role of medical students and residents to help them understand and be a part of the early days of the family medicine specialty. This quickly expanded, igniting the involvement of uniformed services, women, and other special interest groups. This was a reflection not only of our society, but it also matched the comprehensive nature of family medicine from the person-to-person perspective.

Being at the feet of these masters enabled many of us from that time to learn, share, and pay it forward. The development of the OAFP Foundation (thanks to Tom Todd, MD, OAFP past president, and a few others) led to the Leroy A. Rodgers, MD, Preceptorship Program for students.  Those stories of yesteryear are matched with many more from more recent times. 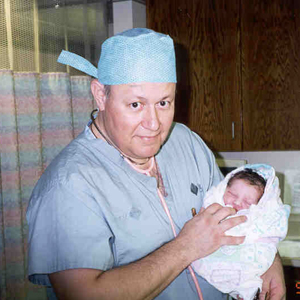 The celebration of the 70 years of the OAFP cannot ignore the emphasis on continuing education as a basic component of life. The role of comprehensive continuity of care will change in the manner of its appearance over the years, but its objectives however remain steadfast.

My story is not about me. It is about all those with whom I have worked with and from whom I learned. May we be privileged enough to be a part of the experiences of others around us who will carry the torch forward on behalf of our patients.

If you’d like to share your story, please email it to Communications Manager Morgan Pelt as a Word document along with at least 2 photos.

1 thought on “Cheers to 70 Years: To the Future of Family Medicine: Carry the Torch Forward”