The OAFP Foundation aims to ensure a thriving family physician workforce for Ohio. Achieving this vision requires our programs to be both focused and diverse. From our flagship program, the Leroy A. Rodgers, MD, Preceptorship Program to scholarships and quality connections, the Foundation provides medical students and family medicine residents the resources they need for a successful career in family medicine.

Family medicine is a medical specialty solidly grounded in science and technology and provides evidence-based, comprehensive first contact and continuing care for patients. Family medicine includes health promotion, disease prevention, health maintenance, counseling, patient education, and diagnosis and treatment of acute and chronic illness. Medical students who love each rotation in medical school, love different patient scenarios each day, and who want to care for all people should consider a career in family medicine.

Why We Do It

As the seventh most populous state in the union, there is a growing consensus that Ohio is facing a crisis in regard to the supply and distribution of PCPs – specifically family physicians – to treat the population.

According to the Robert Graham Center, to maintain current rates of utilization, Ohio will need an additional 681 PCPs by 2030, an 8% increase compared to the state’s current (as of 2010) 7,783 PCP workforce. The current Ohio population to PCP ratio of 1482:1 is greater than the national average of 1463:1. Components of Ohio’s increased need for PCPs include 410 PCPs from increased utilization due to aging and 218 PCPs due to a greater insured population following the Affordable Care Act.

According to the Robert Graham Center, many decisions that affect the health care workforce occur at the state and local level. The shortage of PCPs is particularly severe in economically disadvantaged, rural, and intercity communities of Ohio. This is why the Foundation’s programs are so valuable. They provide medical students the experience to witness the true effects a primary care practice has on the community and re-ignites the passion for family medicine residents that already made a commitment to the specialty. 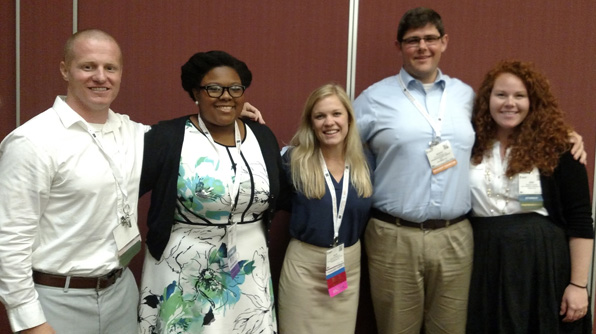 “Learning to write resolutions, networking with residents from across the country, and discussing issues important to our field of medicine was energizing. I left Missouri with a reinforced passion and realization that family medicine needs a strong voice on the political issues to protect ourselves and our patients.” – Marcus Wing, DO, 2016 Resident Delegate from the Mount Carmel Family Medicine Residency Program.