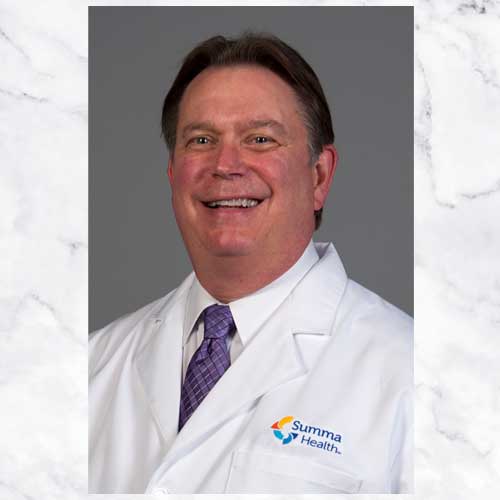 The Ohio Academy of Family Physicians (OAFP) honors William D. Smucker, MD, as the posthumous recipient of the Family Medicine Educator of the Year Award.

William Smucker, MD, passed away at age 68 after a battle with cancer. He was an OAFP member since 1981 and a leader in family medicine education in Ohio.

In a former personal statement, Dr. Smucker wrote, “As a medical educator, my role is to encourage and catalyze each learner’s natural tendencies to be an emotionally compassionate, clinically competent, and intellectually honest life-long learner. I try to teach, and then emulate, those critical attributes that we all need in order to meet the expectations of our patients.”

Dr. Smucker graduated Otterbein College in 1974 before attending Case Western Reserve School of Medicine and completing his Family Medicine residency at Akron City Hospital, also known as Summa Health System, in 1981. A practicing family physician until retirement in 2020, he left private practice in Medina, OH, in 1987 and became a faculty physician at Summa’s Family Medicine residency. His practice included 30 years as a long-term care physician in addition to clinical care at the residency, and in 2017 became the Summa Akron Campus Family Medicine Residency Director. Under his leadership, the program achieved new levels of performance in every area.

Having been nominated for the Family Medicine Educator of the Year on multiple occasions, it is apparent the immense impact Dr. Smucker had on his residents, students, and colleagues.

“My first encounter with William (Bill) Smucker was as an intern at Summa Health, listening to him fight for family medicine,” said James Dom Dera, MD, FAAFP, Dr. Smucker’s nominator for Family Medicine Educator of the Year. “I had just returned from a challenging encounter with an attending in the emergency department (ED) after being called to see one of our patients there. Before I could finish telling Bill the story, he was on the phone to the ED attending very politely, yet forcefully reciting the current literature. Bill won the argument.

My last encounter with Bill Smucker, some 20 years later, was as the Population Health Medical Director at Summa Health, listening to him fight for family medicine. Passing in the hallway, we stopped to talk and he told me he was on the way to meet with someone to advocate for some staffing changes at the residency practice. Bill won that argument, too.”

Dr. Smucker held the Certificates of Added Qualifications in Geriatrics, and Hospice and Palliative Care; was a Certified Medical Director; and was a professor of family medicine at the Northeast Ohio Medical University.

He is a past president of the Ohio Medical Directors Association and served as a members on its Clinical Practice Committee and Palliative Care Workgroup.

“Dr. Smucker never stopped challenging all of us to be better doctors from day one because of his dedication to and love for his patients – and for each of us, as his learners, partners and colleagues,” said John A. DiSabato, MD, FAAFP. “His tireless drive for excellence never slowed, right up until the time he had to step down due to illness last fall. His final efforts focused on building a system of care for our most complex patients and their families.”

Dr. Smucker is survived by his wife Helen, son Darren Smucker, MD (following in his Dad’s footsteps as a newly graduated family physician), and daughter-in-law Dr. Jordan Smucker, and granddaughter Finley; along with his son David Smucker, PhD, his daughter-in-law Jennie Goldstein, and granddaughter Marlo; and the hundreds of former residents, students, and colleagues he inspired.

To learn more about the Family Medicine Educator of the Year Award, please visit the OAFP website.

The Ohio Academy of Family Physicians is a statewide, professional association with more than 5,200 members, including practicing physicians, family medicine residents, and medical students. The scope of family medicine encompasses all ages, both sexes, and every disease entity. Family physicians provide comprehensive, continuing care to all members of the family. For more information, visit www.ohioafp.org.