During this decade, Penicillin was unveiled to the public in 1945; Slinky toys were just hitting the shelves; and for the first time in history, we were able to capture a moment in time with Polaroid cameras. Benadryl was discovered by George Rieveschl, a chemical engineer from Ohio, and Americans could now heat up their food within seconds all because of the microwave.

The Ohio Academy of General Practice (OAGP) was founded and nationally chartered in March 1948. The OAGP was created to maintain the highest-quality standards for family physicians who were providing continuing, comprehensive health care to the public. With chapters being formed all over the country, Ohio was among the first and would become one of the largest and strongest in the nation. 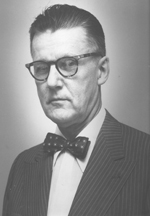 Paul A. Davis, MD, of Akron, OH, served as the first American Academy of General Practice (AAGP) president from 1947-50.

First Board of Directors

In the first couple of months, founding leaders of the OAGP set a pattern of devotion in time, effort, and personal commitment that has characterized the Academy’s history through the years. At the end of 1948, with 514 members, Ohio was not only planning the first state meeting for the following April, it was also deeply involved with the first AAGP assembly to be held a month earlier in Cincinnati, OH, in which the Ohio, Indiana, and Kentucky Academies were to be the joint hosts.

In this era, the full body X-ray was developed, Rosa Parks refused to give up her seat, a cure for polio was invented, and the National Aeronautics and Space Administration was founded. The first successful living-donor transplant (a kidney) was performed on a set of identical twins, and a resuscitator that was small enough to be used on an infant was developed in 1954.

In September 1951, the OAGP held its first Scientific Assembly at the Neil House in Columbus, OH. Speakers from Chicago, IL; Buffalo, NY; Washington DC; Cleveland, and Columbus made scientific presentations.

The OAGP’s first headquarters was opened in February 1954 in rented rooms in a downtown Columbus building with Earl McAllister, MD, serving as executive secretary and Florence Wetzel (later Landis) as secretary. 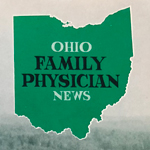 The first issue of Ohio General Practice News was published in 1955.

In 1957, the preceptorship program was started to encourage participation by OAGP members, medical schools, and medical students. It was started in partnership with the Rural Health Committee of the Ohio State Medical Association at the University of Cincinnati.

During this time, Generation X (baby boomers) were born, birth control pills were approved for use, John F. Kennedy was elected President in 1960 and then assassinated in 1963, the United States invaded Cuba, Martin Luther King Jr. gave the “I have a dream” speech at Capitol Hill, the American Heart Association announced a nonsmoking campaign, and a Medicare Health insurance plan for Americans over the age of 65 was first instituted.

In 1961-62, Ohio was the first state chapter to establish a permanent headquarters when ground was broken, construction completed, and the building was occupied at 4075 N High Street in Columbus.

The first Family Medicine Workshop was held in 1963.

American Board of Family Practice – Voted “Yes” by Congress of Delegates

On April 12, 1965, after more than a decade of effort, board certification finally won. OAGP President Raymond Kahn, MD, of Dayton, and Ohio GP News Editor B. Leslie Huffman, MD, of Toledo, OH,  referenced the accomplishment in the May issue that took place in San Francisco, CA. It was endorsed by delegates “without a dissenting vote.” Emotions ran high, those attending recalled, with a number of national leaders unashamedly in tears as the vote was achieved. 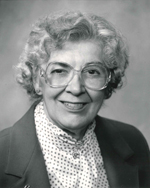 In 1968, the OAGP and the Connecticut Academy of General Practice developed the jointly owned Core Content Review of Family Medicine, an at-home, self-study continuing medical education program designed to prepare family physicians for the board certification exam.

American Board of Family Practice – Approved

Family practice became a board-certified specialty in 1969; the 20th primary care specialty board to be established in the United States.

Ohio hosted the first Ten State Conference in Cleveland in 1969.

The decade that paved the way for the Civil Rights Movement was also the decade that legalized abortion and lowered the voting age in the United States. Cigarette ads were banned from the radio and television and the first test-tube baby was born in Oldham, England. Douglas Longenecker, MD, of Dayton, OH, established Wright State University’s Boonshoft School of Medicine and the last trip to the moon happened in 1972.

In 1970, OAGP members were required, for the first time ever, to take a board exam to be certified in family medicine.

In September of 1971, in line with the national name change, the OAGP became the Ohio Academy of Family Physicians.

A Huge Legislative Win for Family Medicine in Ohio

House Bill (HB) 474, a huge legislative win for family medicine in Ohio, required that medical schools and colleges receiving state support (for Ohio that meant all of them) establish family medicine departments to train undergraduate and postgraduate students.

HB 474 specified that the family medicine departments be co-equal with other major clinical departments, headed by a qualified and experienced family physician, and detailed a training program including academic courses, clinical experience, preceptorships, and family medicine residencies in university or other hospital settings. 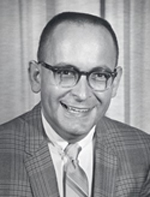 During this period, the AIDS epidemic spurred while smallpox was eradicated following a global immunization campaign. Bertha Bouroncle, MD, at The Ohio State University identified hairy cell leukemia, and then developed a lifesaving drug protocol to treat it. While kids across the nation were emulating Michael Jackson’s “Thriller” dance moves, Oprah launched her own television show and the royal wedding of the decade took place between Prince Charles and Princess Diana.

In 1984, Wilburn H. Weddington, MD, was elected as the first African American president of the OAFP. The ripple effect this achievement became a beacon of excellence for future generations of minority medical professionals. Dr. Weddington was also the first chair of the OAFP Minority Health Affairs Committee.

In 1984, the OAFP purchased its first word processor used by office staff.

An auxiliary organization for the spouses of OAFP members was established in 1985.

The philanthropic arm of the OAFP, the OAFP Foundation, was established in 1986. The Foundation received 501(c)3 tax exempt status on June 1, 1987. Tom Todd, MD, of Cincinnati led the Foundation as chair for the next decade. 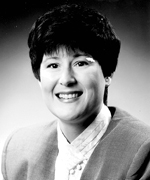 Jady DeGiralomo was hired to succeed Florence Landis as the executive vice president.

Known for the AOL dial-up tone, this decade inflicted fear over Y2K and launched the worldwide web. In 1990, the Americans with Disabilities Act was signed and the United States discovered the first vaccination for Hepatitis A and Lyme disease. With both the Internet and popular search engine Google being founded in this era, this decade provided innovation that changed the way we receive and share information forever.

Major renovations and an expansion of the headquarters building was completed in 1990. 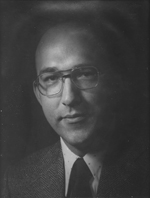 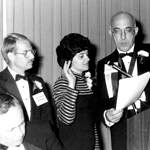 Getting Involved in Politics

The Family Medicine Political Action Committee (FM-PAC) was established in 1994.

This for-profit organization, designed to create a statewide independent practice association run by family physicians for their patients, was established in 1994 and discontinued in 2000.

Ann Spicer was hired as OAFP executive vice president in 1995. 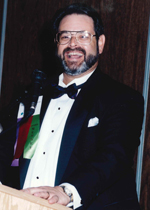 In 1996, Mark H. Belfer, DO, was the first osteopathic physician elected president of the OAFP.

In 1996, the OAFP held its first ever “Meet Your Legislators Month” in February. Academy members were encouraged to meet face-to-face with their legislators.

In 1996, the OAFP’s first website was launched at the Annual Scientific Assembly. The website was built to increase communication and share news faster with family physicians. The website was redesigned in 2003, 2012, and most recently in 2017.

History in the Making 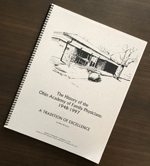 In 1997, the OAFP published a spiral-bound history of the Academy and family medicine covering years 1948-97. 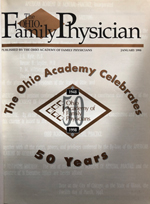 In 1998, the OAFP celebrated 50 years in existence. At the time, there were seven family medicine departments and 23 residency programs in Ohio.

In 1999, State Representative Dale Van Vyven, chair of the House of Representatives Health, Retirement, and Aging Committee, was presented with the first ever “Friend of Family Medicine” award.

With both Facebook and Twitter being launched, this period in time is known as the beginning of the digital age. Steve Jobs gave us a whole new way to listen to music by launching the iPod, and Barack Obama was elected as the first Black president of the United States.

The OAFP received the following awards from the American Academy of Family Physicians:

In 2006, OAFP leaders participated in first ever AAFP Vote for America’s Health rally in Washington, DC.

The OAFP received its first AAFP Leadership in State Governmental Advocacy Award in 2006. The Academy also received this award in 2011, 2013, and 2017.

In 2009, the OAFP realigned its 32 local chapters into seven regional chapters around the medical schools in Ohio.

The first HPV vaccine was approved for use and the Affordable Care Act, passed by Congress in 2010, helped to provide health insurance for all Americans. As we currently live through this period of time, we must always remember to invent and explore new ideas still waiting to be discovered.

The OAFP created and held the first virtual SAM (now KSA) in 2011.

Published first digital issue of The Ohio Family Physician in 2011.

AAFP Family Physician of the Year

Thomas Albani, Jr., MD, of Youngstown, OH, was named the 2013 AAFP Family Physician of the Year.

Looking into the Future

Modernized the headquarters building in 2014.

Accepted the 80% by 2018 Award in Los Angeles for colorectal cancer screening efforts.